This Friday and Saturday Comedy In Harlem is celebrating their one year anniversary and you’re invited. Since opening, Comedy In Harlem has been featured on Channel 2 CBS News, Fox 5 News and The Nick Cannon Show. Comedy In Harlem has been the venue of choice for events like BET’s American Gangster: Trap Queens screening, Woke Season 2 premier, multiple comedy specials and Amber Bickman with Major Casting and Comedy Central’s search for the next Kings and Queens of Comedy.

Come out and enjoy a great weekend of comedy with some of the funniest comedians working in the tri-state area. Use code HEAT for FREE TICKETS. Tell them 108 Soul sent you! Enjoy the show 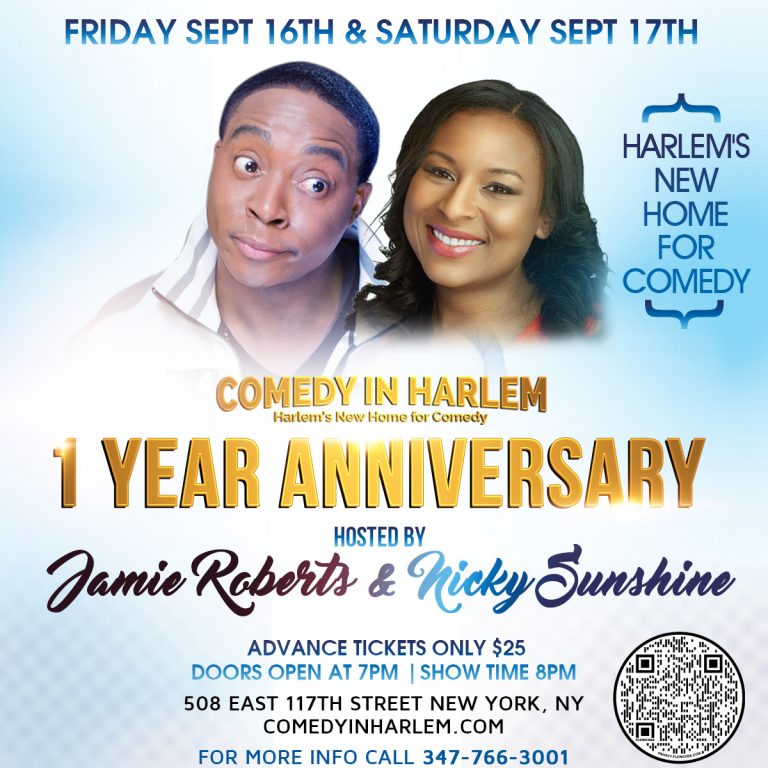